BIDEN REGIME FORCED To Backpedal: Biden’s ‘Handlers’ Assure Us That Biden Did Not Say What He Actually Said

In yet another circus show that seems to be a hallmark of the Biden regime, Biden addressed reporters towards the conclusion of the G7 summit held in Britain and apparently said ‘Yes, I’m open to it’ with regards to the possibility of an extradition swap of hackers between the United States and Russia, going so far as to call it a potentially ‘positive’ arrangement.

Almost immediately after this tiny bout of free-thinking, Biden’s ‘handlers’ made clear on Sunday that there were no ‘swaps’ planned in the foreseeable future between the two former Cold War adversaries. This has unsurprisingly left many confused with regards to who was truly in charge in the White House. It would also appear that Biden is seen with increasing disrespect by world leaders who might dampen American diplomatic effectiveness on the world stage.

Indeed, according to the Interfax News Agency, Putin has said that ‘If we agree to extradite criminals, then, of course, Russia will do that, we will do that, but only if the other side, in this case, the United States, agrees to the same and will extradite the criminals in question to the Russian Federation,.’ 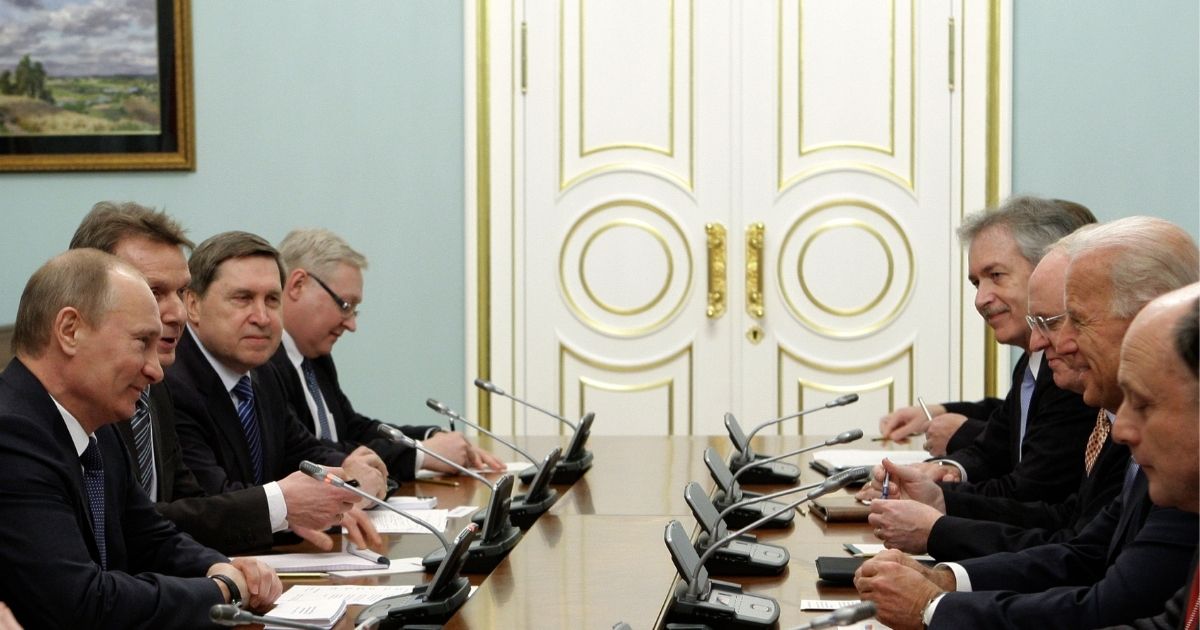 Regarding the issue, Biden said, ‘Yes, I’m open to, if there are crimes committed against Russia, then, in fact, people committing those crimes are being harbored in the United States, I’m committing to holding them accountable.’ But while flying from Brussels to London, National Security Advisor Jake Sullivan attempted to clear the air denying that Biden was contemplating a ‘swap.’ According to Sullivan, ‘What the president was responding to in the affirmative was not the specific proposal of the exchange of cybercriminals,.’ Instead, in a smoke show of semantics, Sullivan said that ‘What he [Biden] was saying was that if Vladimir Putin wants to come and say I‘m prepared to make sure that cybercrimes will be held accountable, Joe Biden is perfectly willing to say cybercriminals will be held accountable in America because they already are,.’

Given that the regime is less than half a year in power, things could confuse the American public.