After Heritage High School, in Wake County, North Carolina was criticized by parents for pushing a social justice agenda on their children that left them crying and “traumatized,” they agreed to discontinue the unimaginable program.

Ms. Melissa Wilson—a high school English teacher at Heritage High School—had her students take a Diversity Inventory that asks them to identify their sexual orientation, gender, religion, socio-economic class, as well of those of their family members, doctors, etc.

According to North Carolina Values, a non-partisan, pro-family grassroots group – Wake County Public Schools System’s Equity Affairs office has been conducting training seminars on the “Social Justice Standards,” which is intended to educate and activate students to advance a particular socialist/social-democratic political ideology.

There’s only one big problem with the school’s taxpayer-funded efforts, the public school students are only being trained to be activists for one political party—the Democrat Party.

The framework accomplishes this goal by training teachers to insert lessons into their curriculum that teach the four anchors and the 20 standards.

For example, the identity anchor contains a lesson that asks students to identify the gender, ethnicity, race, religion, socioeconomic status, and sexual orientation of different photographed individuals. A second module asks them to identify their own, and whether they are visible or invisible (and why).

One parent revealed to NC Values, that during a class, the teacher pointed at a student and claimed because she was a white female, she was likely to be able to afford lunch.

Here are further examples of modules/lessons: 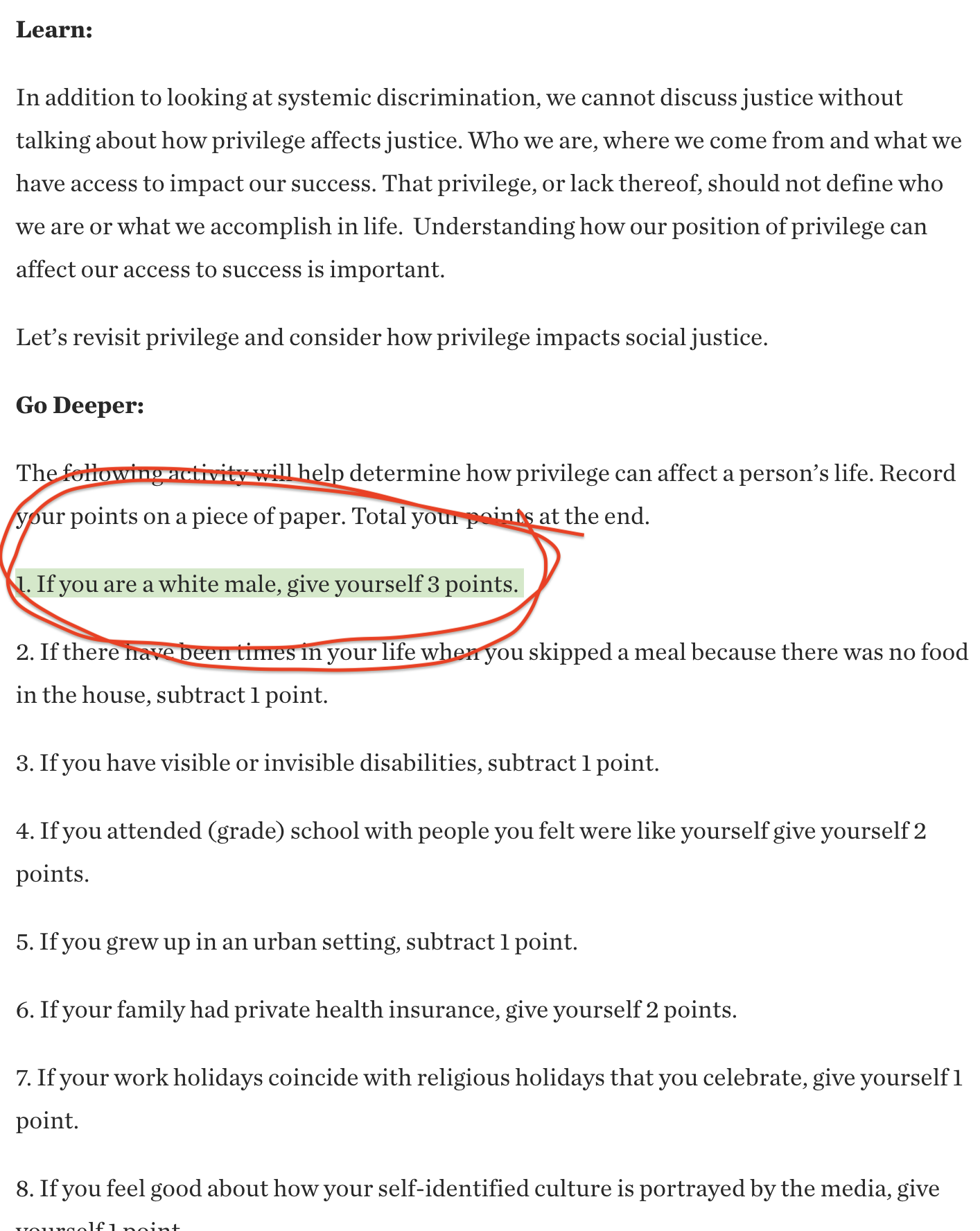 The WCPSS Equity Affairs office conducts training on implementing the Social Justice Standards and these four anchors all across the district.
Teachers and principals actively promote the events, recruit fellow teachers and administrators, and share how they plan on implementing the Social Justice Standards training in their elementary, middle, high school, English, science, and even math classes.
Here are some of their public tweets showing the training and explaining how they will use them in their own words.
Teachers are encouraged to not use pronouns and avoid “micro aggressions;” instead use “scholars” “authors.” On discussing LGBT+ identities of famous scientists, one presentation encourages them “don’t shy away from it!” Magan Gonzales-Smith, whose profile says she’s “Passionate about public education justice and building a Durham for all. ED of
@bullcityschools” tweeted:

We need to challenge ourselves, friends and neighbors to examine what we mean when we say we want to send our kids to a ‘good’ school. “That whole idea of a “good” school can oftentimes simply be code for a school that serves a rich, White community.”

We need to challenge ourselves, friends and neighbors to examine what we mean when we say we want to send our kids to a 'good' school. "That whole idea of a “good” school can oftentimes simply be code for a school that serves a rich, White community." https://t.co/AsPP2moBAx

⁦@HillsideHS⁩ GSA got a DPSF grants to honor Alumna Pauli Murray. Celebrate the end of the school year by helping us fund even more amazing projects like this next year! When you give today, your gift will be doubled: https://t.co/U3Ev8euIwj https://t.co/HiIv46TzCT

What do you think about using public school funds to push a far-left agenda on them with the stated goal of creating activists? Should teachers be given fre-reign when it comes to teaching “social justice” to their students?