Weary travelers are forced to watch CNN, the low-rated propanda network in airports.

The CNN Airport network dates back to when CNN was known for straightforward news programming — and has been a fixture at airports since before competitors MSNBC and Fox News even existed.

Natural News reports – But those days have changed and CNN — like the rest of the ‘mainstream’ establishment outlets and broadcasters (save for Fox News) — are no longer honest, unbiased purveyors of the news. Even if you think Fox News really isn’t “fair and balanced” (I do), you have to admit that CNN and the others all have a similar Left-lurching, anti-Trump, anti-conservative perspective.

As such, notes Fox News, critics are beginning to ask why busy travelers should be force-fed only CNN content, which is increasingly less like “news” coverage and more liberal ideology as they linger at airport gates and in airport shops and bars. Some travelers have even begun online petition drives to remove CNN content from airports and replaced with “neutral” news programming.

In an interview, Media Research Center Vice President Dan Gainor told Fox News that CNN has even gotten to be more partisan than MSNBC since President Donald J. Trump was elected — and that’s no easy feat. As such, travelers ought to have the option of watching something else. 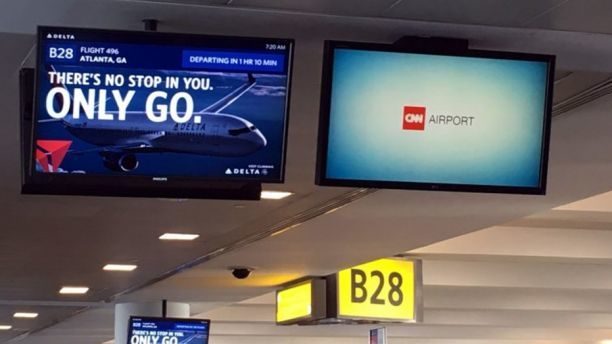 Now, the station that’s been pushing anti-Trump propaganda for the past 4 years, has been caught in the act of well—serious propaganda.

Project Veritas founder, James O’Keefe, who single-handedly destroyed ACORN, the crooked organizing arm of the Democrat Party, has done an amazing job of revealing the truth behind a mutlitude of schemes Democrats use to secretly influence the affect the outcomes of elections. In 2016, Project Veritas went undercover and exposed the underbelly of the Democrat Party, revealing how the various tentacles of dirty groups were working in unison to disrupt Trump rallies.

In June 2017, a CNN producer was caught on undercover video by Project Veritas trashing Trump voters, calling them, “Stupid sh*t!”

In September 2018, an IRS official was caught on tape by Project Veritas saying, “You should give increased scrutiny” to conservative groups.

In March 2019, a top-level Twitter engineer came to Project Veritas with evidence that engineers write algorithms to delete Trump followers.

Now, a CNN whistleblower, Cary Poarch,  a satelite upload technician, decided to wear a hidden camera inside CNN to secretly reocrd the 9am rundown meetings of CNN President Jeff Zucker, who made it clear that the only goal of CNN is to keep impeachment news front and center on their failing network.

In the recordings, Zucker details his expectations for CNN’s coverage and very matter-of-factly states “impeachment is the story.”